Kristen Davis Silk Bow Tank
EXPRESS Cargos
Nine West Belt
Style & Co. Wedges
*New favorite lipstick
Today was super productive. So much, in fact, that 2:00pm rolled around and I was still in my jammies glued to my office chair, where I’d been answering emails and working on projects all morning. My doorbell rang, and it was my neighbor dropping something off for C. I answered the door {hesitantly and shamefully} in my robe and PJs.
I thought I might try to pull off the old, “oh, you caught me as I was just getting dressed and heading out!” But I was un-showered, hair all disastrous, without a stitch of makeup. Clearly I wasn’t going anywhere just then, and it was painfully evident that I was about 6 hours behind on the whole hygiene regimen. I can only imagine what was going through his mind… “kids these days; doesn’t this girl have a job?!”
{Un}fortunately, I did have to clean myself up eventually to go to a political rally and BBQ. So by 3:00 today, I managed to get my s$%t together and ended up looking like this. I was tempted to walk over to the neighbors to “drop something off” (sugar?) and show him that I wasn’t a totally haggard slob all day just three quarters of it. Maybe he saw us taking these photos out front on our way out.
When we were snapping away, C told me he liked my sunnies. I told him they were only $5, and a $5 footlong performance ensued, which he captured a peek of on film. 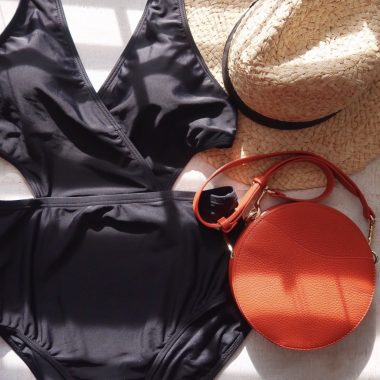 My New Favorite Swimsuit Was A $27 Amazon Find 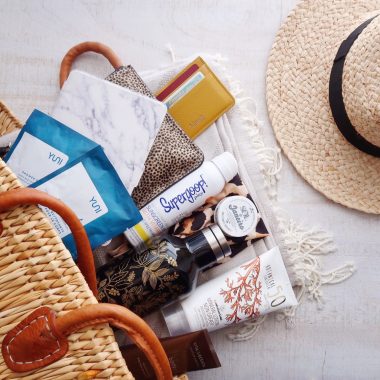 What’s In My Beach Bag

Today was a good day. ❤️