retail therapy {and a budget update}

Last October, I decided my shopping habits needed a reboot; so I embarked on a four-month journey to spend just $100 per month on clothes, accessories, and beauty products. It went so well for those four months, I proclaimed, “Hey, Internets! I’m going to keep this biz-ness up for a whole year!” To which my husband cocked an eyebrow and gently asked if I was really up for such a task, and I was all, “where’s your faith, dude?! I got this!”

Have I told you before that for a type-A control freak, I can be really impulsive? When I get excited about something, I must do it now! Planning be damned! Leap and the net will appear! It’s going to be awesome! Like the time I decided to become a Stella & Dot independent stylist, and spent an ungodly sum of my husband’s money on samples, just to quit in the red less than a year later. Or, most recently, when I almost accidentally murdered this blog trying to move it to a self-hosted platform one afternoon after deciding that morning to make the switch (a Google search and a credit card does not a tech-savvy blogger make, friends.) This impulsivity gets me in trouble now and then, and sometimes my “mouth writes a check that my @ss can’t cash.” By now, you may have deduced that this is a confessional post about the status of that overzealous budget proclamation of yore, as well as a reluctant admission that my husband was {cough} right. It felt weird to take such a stance on the issue on my blog, and then just forget about it and let it fade into oblivion, you know? It felt like I had some ‘splainin’ to do…

This is not to say that I’ve been out making it rain in my favorite outlet stores; but the truth is, in the last couple of months, I haven’t been as meticulous in tracking my spending as I was in the beginning. It started with a girl’s trip last month, for which I needed at least two new bathing suits, and then it was new sandals for warmer weather, and then an overhaul of my spring/summer makeup routine. Then a couple of nights ago, after a brutally exhausting holiday week, I needed a little “me time” to relax and unwind and ain’t no therapy like retail therapy, and I thought I’d earned a teeny spree! Call this ridiculous justification, or epic failure, or just jumping the gun on a goal without really thinking it all the way through — I haven’t figured out what to call it yet myself… Despite a derailing, I’m not naming the whole budget experiment a wash; it really did help me push the reset button on my spending, cleared up my prior confusion of needs vs. wants, and made me a smarter shopper. I achieved about 6 months of solid commitment, and for a girl who’s never budgeted in her life, I’m proud of what I accomplished! However, I’m cutting myself a little slack and saying maybe this experiment has run its course for me.

So what’s worse: being a big quitter, or setting yourself up for failure with a lofty 12-month goal you didn’t think through? Either way, sometimes you have to know when to say uncle.

P.S. I have a whole new level of respect for the self control of the people who’ve accomplished a year-long shop fast! Like my friend, Cathy, who’s in the midst of one now and sharing her journey on her blog. Go cheer her on, will you? 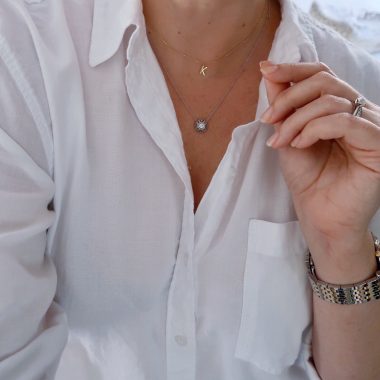