Cooking the Book: The New Southern Table by Brys Stephens

When C and I moved in together, my cooking abilities were limited to scrambled eggs, grilled cheese sandwiches, frozen skillet meals, pasta with sauce from a jar, and Publix Rotisserie chickens. (Okay, that last one is cheating; but we survived on those buttered-up deli birds for our first several months as mortgage-paying grownups.)

My mom gave me a copy of the Better Homes and Gardens: New Cook Book

that year, and it became my kitchen bible. It was the perfect starter guide, filled with classic recipes that were easy to follow with familiar ingredients that were easy to find in the grocery store. I spent a lot of time with that red gingham cookbook: I planned menus, made shopping lists, hit the grocery store on Sundays, and made new recipes for dinner throughout the week. I used the time in the kitchen to unwind after my 9 to 5, and learned a lot of cooking basics along the way!

That was more than a decade ago, before Pinterest, food blogs, small business ownership, and my addiction to the convenience of takeout; these days, my cookbooks sit neglected on their shelf, collecting dust. But last Saturday, while C was out golfing and I was tidying up the kitchen, I found a copy of The New Southern Table: Classic Ingredients Revisited by Brys Stephens. I did a quick flip through the pages; the recipes looked simple and delicious, and reminded me of the southern dishes I grew up on, but with a cleaner, healthier spin (no lard or deep fryer required). Before I knew it, I was sitting in the sunshine with iced tea and a notepad, planning a menu and making a shopping list for the week, just like old times.

It’s been so great trying new dishes and getting reacquainted with our kitchen, and C is feeling spoiled with homemade meals every night. Now I’m feeling inspired to go through all of my cookbooks!

After the jump: some of my favorite recipes from The New Southern Table: Classic Ingredients Revisited, including a hearty breakfast bowl with quinoa and fresh blueberries, a roasted brussels sprouts and avocado dish with country ham that I made three times in one week, sweet potato cornbread, an easy lima bean and potato soup, and a quick dark chocolate and sea salt peanut brittle. 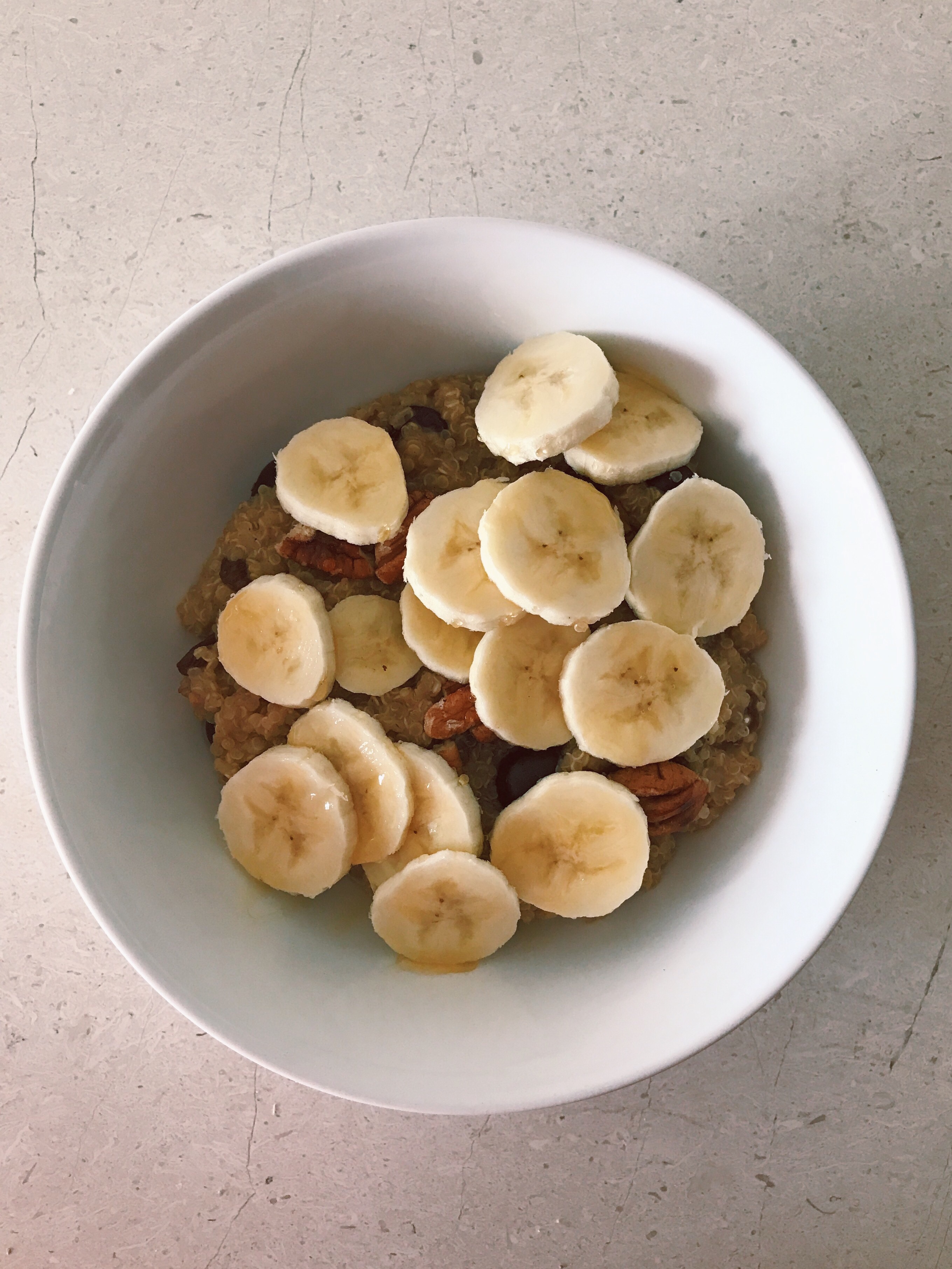 Quinoa is a hearty and filling alternative to oatmeal, with protein, fiber and amino acids. You can easily customize these breakfast bowls with different mix-ins, like berries, dried fruit, coconut flakes, flax, or chia seeds. I like to use toasted coconut almond milk as a substitute for milk in this recipe.

One batch makes several servings that can be divvied up into separate containers and stashed in the fridge for easy grab-and-go breakfasts through the week. Also: how did I not know about toasting quinoa before cooking to bring out the nutty flavor?!

I’m in love with this recipe. It’s really easy to throw together for dinner, and I like to serve it over buttered white rice.

I think the trick to getting the best result from this brittle is using a good quality dark chocolate and freshly-shelled roasted peanuts. I recommend waiting until the chocolate has set a little in the fridge before adding the sea salt, otherwise it sinks right into the chocolate and you don’t get that pretty dusting of salt on the surface.

Now I want to keep some of this brittle stashed in my fridge at all times! 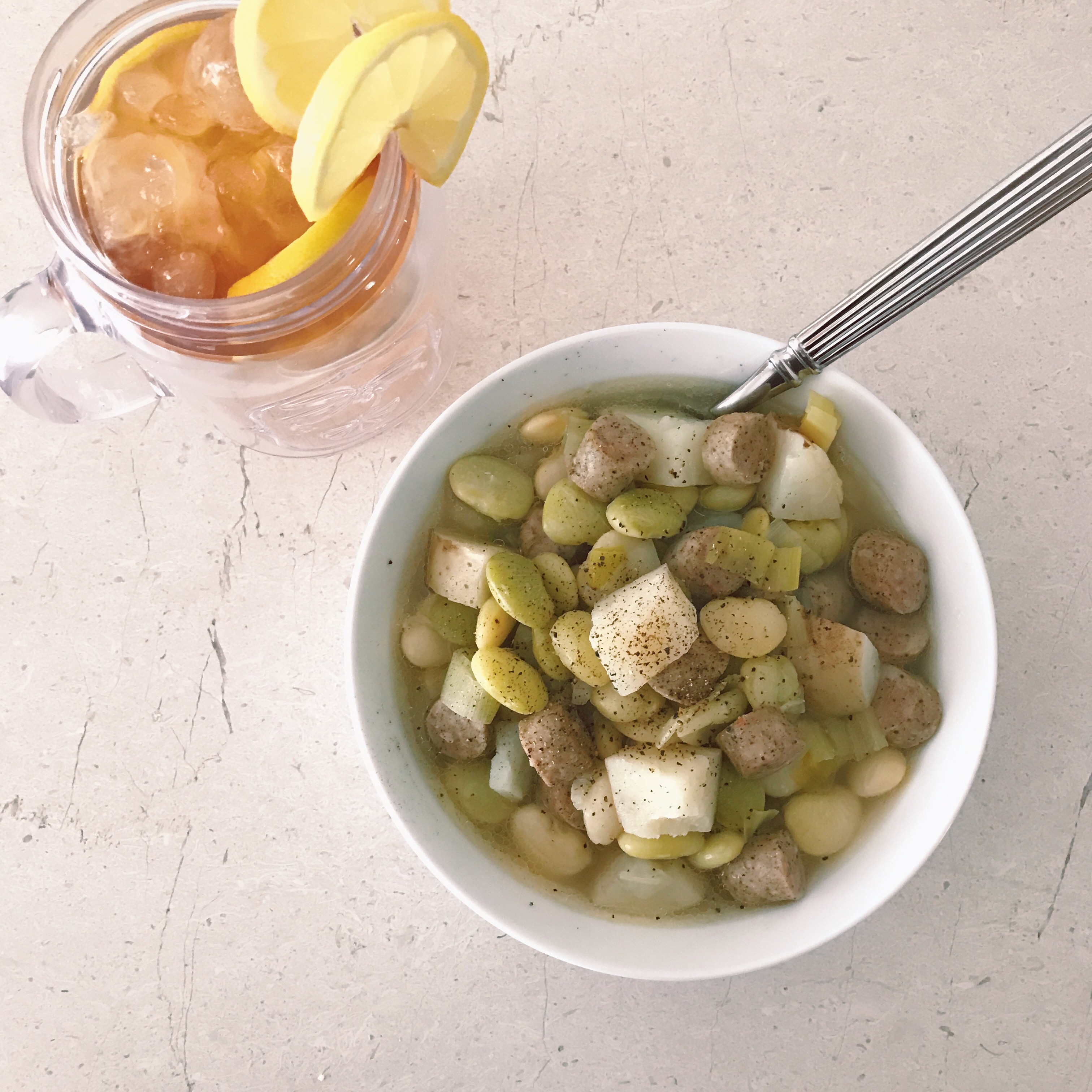 I used frozen Fordhook lima beans that I cooked separately before I started this soup, and added fully-cooked diced chicken sausage for extra protein. I served it over buttered white rice with a slice of sweet potato cornbread. So good!

If you haven’t cooked with leeks before, check out this helpful video to learn how to trim, cut and wash them. 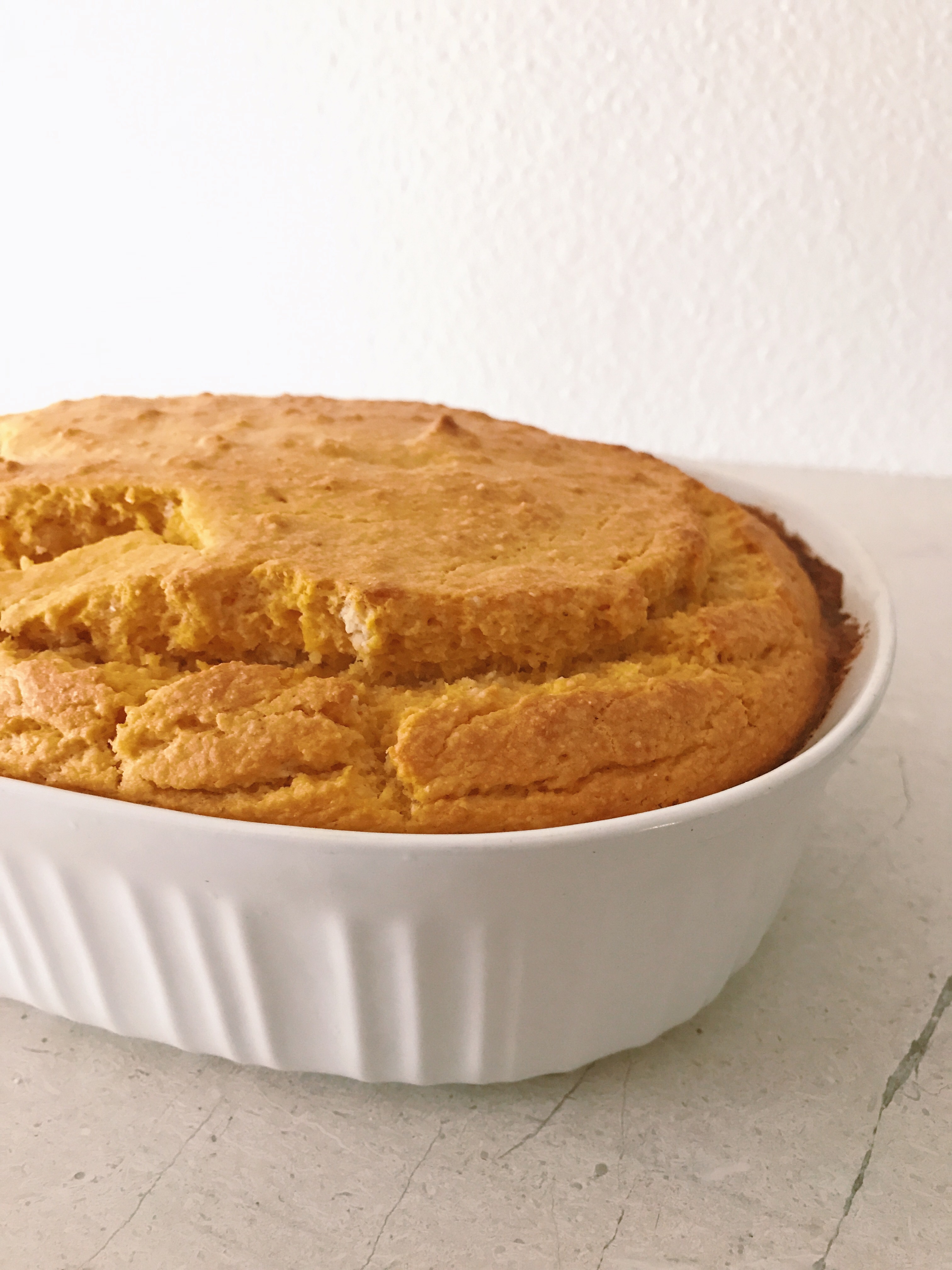 My husband, who doesn’t usually like baked goods or homemade breads, went back for thirds of this sweet and savory corn bread. It takes a little extra work, but it is so worth it. A tip: I like to bake several sweet potatoes at once so I have them on-hand to heat up for dinner or lunch (or even breakfast with a little almond butter!)

These are just a handful of the great recipes in this cookbook, and there are LOTS more, so on your next trip to the bookstore, see if you can find a copy! 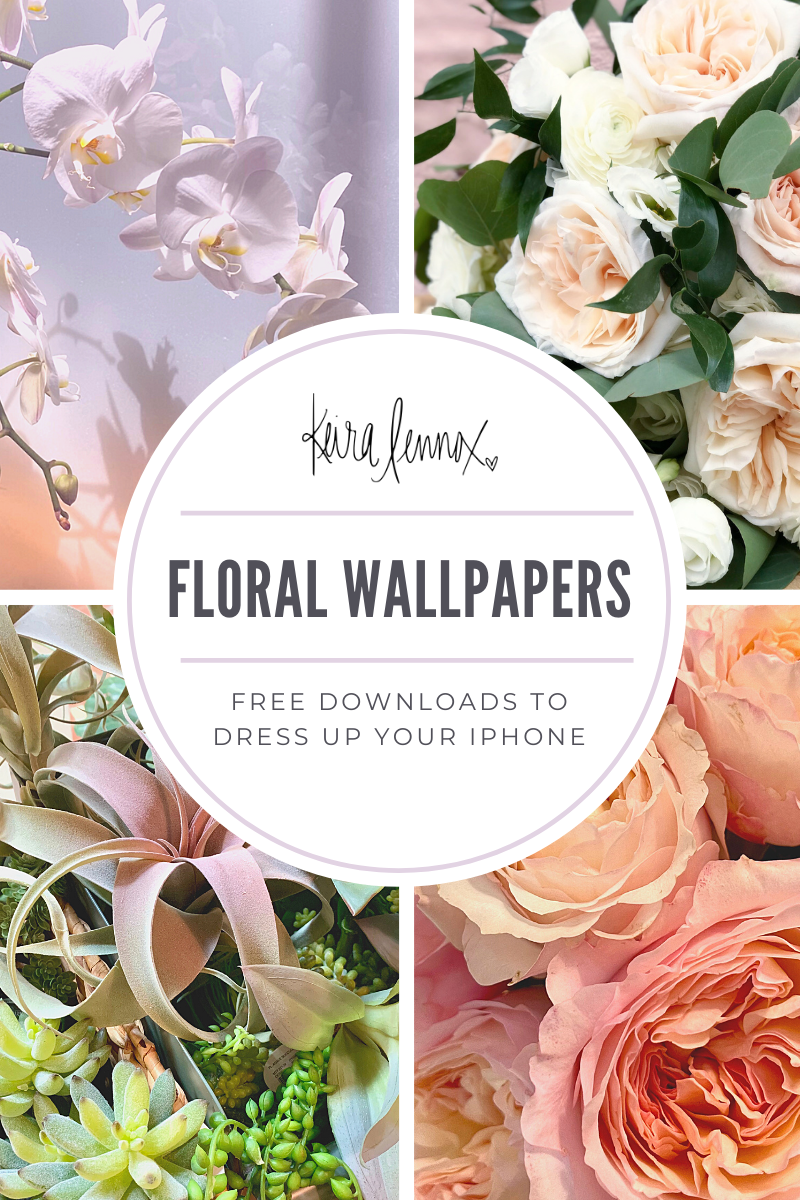 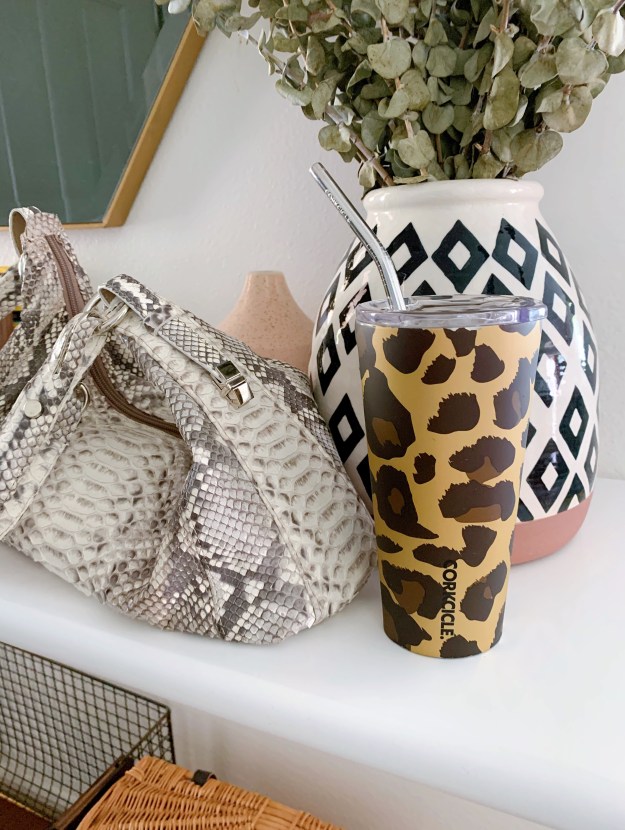 The Easy Iced Coffee Recipe I Make Every Morning 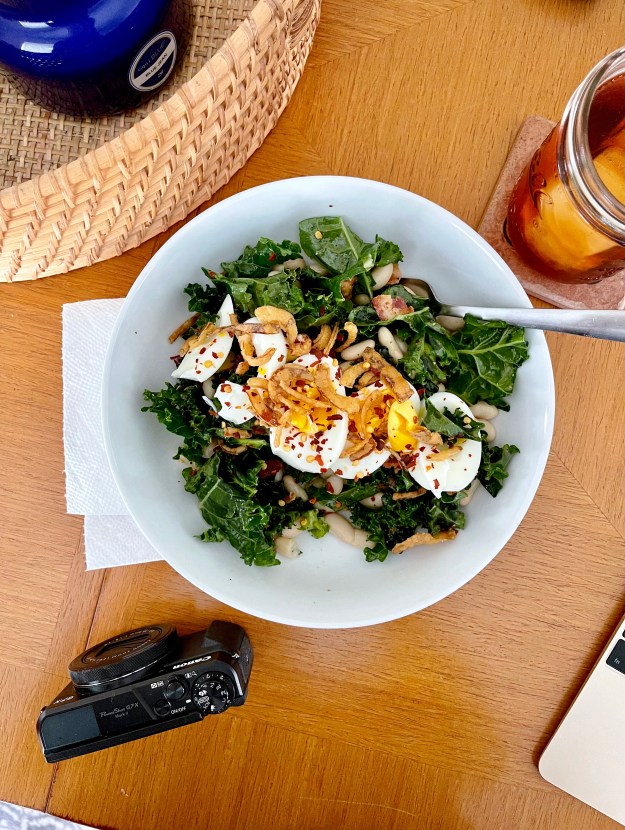 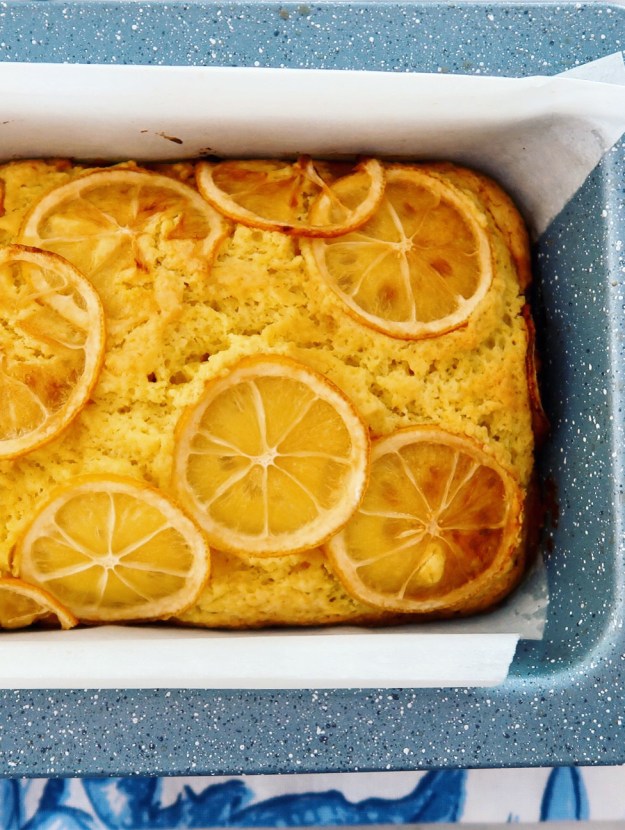